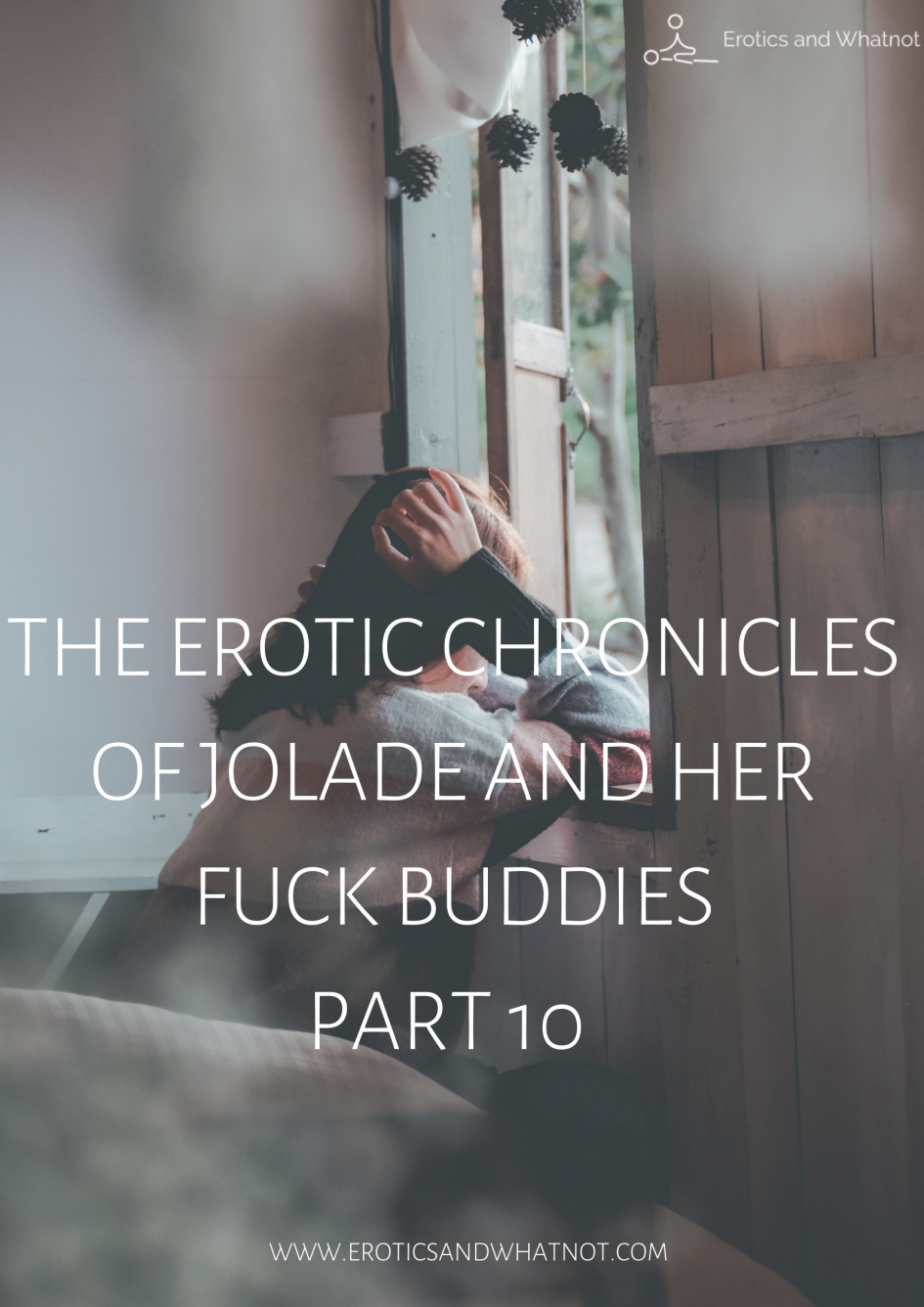 Hi guys, how are you doing? I am sorry there was no blog post last week; I got really busy around Eid that I couldn’t fulfil my calendar.

Ayoola stared awkwardly at everyone in the room; he was still on his knees. Ayoola looked at the chief, who had a puzzled look.

“I will talk to her,” the chief said; he left the room to follow Jolade.

David went to Ayoola to help him to his feet; the poor guy was almost in tears, “Come on, let’s get some air,” David led Ayoola away from the room to the house’s backyard.

“What is wrong? Why doesn’t she want to get married? Did she tell you I did something wrong?” Ayoola asked David as they got to the backyard; the ring was back in its case and back in his pocket.

“I don’t know Ayoola. I don’t know what is going on with her,” said the equally confused David.

Ayoola sighed and leaned against a wall; he wanted to spend the rest of his life with Jolade; what was he doing wrong?

Back in the house, Jolade raced to her room; her eyes stung as she walked quickly to her room; she prayed Ayoola didn’t follow her because she didn’t know what she was going to say to him. She got to her room and plopped down on the bed; she couldn’t hold back the tears anymore; she felt silly as she cried on her bed.

“Why did I have to say no, what the hell is wrong with you Jolade?” Jolade sobbed.

The room door opened, and Jolade glanced through her tear-soaked lashes to see the chief standing at the door.

“Oh Daddy, I am so sorry,” Jolade cried.

The chief walked to Jolade’s bed; he took a seat beside her and pulled her into his embrace. Jolade cried into his arms, and the chief’s heart went out to his only daughter. She was fragile, and he didn’t know what was happening to her.

“Daddy, I don’t know what happened, I just freaked out. It was all so sudden,” Jolade sobbed. “Am I a bad person for saying no? I didn’t know what to do.”

“Jolade, you are not a bad person for saying no.”

“It didn’t feel right. I mean he said it was a gift to you. I don’t want to get engaged that way. Why would he say that? And why did he have to do that in front of everyone? I was caught off guard.”

“Why don’t you want to get engaged that way. The way I see it, he was trying to profess his love for you so everyone can see it. Are you not comfortable with it?”

“Why are taking his side daddy?” Jolade sniffled against the chief’s chest.

“I am not taking his side. Jolade, I am on your side here.”

“I am comfortable with him showing everyone how he loves me. But it was too sudden, I am not prepared to get married daddy, although I know you gave me an ultimatum but who were we kidding, you knew I wasn’t going to make it.”

“Of course, I knew that,” the chief laughed.

“I just don’t see myself getting engaged yet. Ayoola is such a sweet man, what if I broke his heart and what if he doesn’t want to do this love thing with me again? What if he ends up hating me? Daddy I am so exhausted, what is wrong with me?”

“There is nothing wrong with you Jolade. Ayoola loves you so much. You didn’t see the look on his face when you walked out of the room. He didn’t look hurt, he looked like he hurt you and didn’t know what he did.”

“Yes. He doesn’t hate you Jolade. You know, when I proposed to your mother she said no too.”

“Are you serious?” Jolade pulled out of the chief’s embrace.

“Ah yes, that woman was stubborn. She said no and walked out on me. I had to propose 8 times,” the chief laughed.

“I don’t think I want Ayoola to propose eight times,” Jolade laughed. “I don’t even think he will want to propose again.”

“Of course he will want to propose again, he loves you a lot.”

“Oh God, I feel so stupid, I know I hurt his feelings, I don’t know what I am supposed to do.”

“What can I do daddy?” Jolade looked up to her father.

“You should tell him everything you told me.”

“What if he doesn’t want to listen to me?”

“That is good. I have a birthday party to get to, so clean up and meet us downstairs;,”the chief got to his feet.

“Okay, Daddy. I am sorry I made a mess.”  Jolade apologized.

The chief smiled at Jolade and left her room, closing the door behind him. Jolade sighed and went over to her dressing table, where she cleaned off the tears-stained makeup on her face.

She returned to the party to see most of the guests had left; she searched for Ayoola but couldn’t find him.

“If you are looking for him, he has left,” David said behind Jolade.

“Oh, God,” Jolade’s hand shot to her temple. Could this night be any worse?

“You let him leave?” Jolade cried.

“I was the one who told him to leave. He was hurt and he needed some air, I asked my driver to take him home.”

“I was supposed to talk to him, now he will think I don’t love him.”

“You don’t really think that, do you? Before he left, he told me to tell you that he loves you a lot and wouldn’t stop trying to get you to be his wife. He wanted to come up to your room but chief said you needed time to gather yourself,” David explained.

“You can give him a call just to put his mind to rest,” David said and walked away from Jolade.

She raced back to her room to get her phone lying on the bed; there were several texts and calls from Ayoola; her phone was silent, so she didn’t hear it ring earlier. Jolade sighed as she read the messages from Ayoola. He was a sweet man, and she didn’t deserve him.

Jolade dialled Ayoola’s number back and prayed he didn’t pick up because she had no idea what she would say to him. Her body shook as the phone rang. It took forever, but Ayoola picked up her call.

Jolade held the phone to her ear; she didn’t know how to tell Ayoola what she wanted to tell him.

She smiled as he heard him speak; Ayoola’s voice was soothing.

“You don’t know what to say?” Ayoola asked Jolade.

Dammit, he knew her so well.

“Hey,” Jolade said, her voice barely a whisper. “I swear I had a whole speech in my head; now I don’t know where to start.”

“No, Ayoola, I am not mad at you. I am fine, are you okay? Are you mad at me? Do you still love me?” Jolade gushed in one breath.

“Slow down, Jolade. I am okay, just a little pissed at you but I’m fine now because I get to talk to you. I am not mad at you Jolade and yes I still love you very much,” Ayoola said.

“I am sorry Ayoola, I don’t know what happened, “

“It was too soon right and you freaked out. I understand, I promise to be tender the next time I propose.”

“There will be a next time?” Jolade said, smiling.

“Of course Jolade, I am serious about dong this forever thing with you.”

“I love you so much, Ayoola,” Jolade gushed; she released the breath she had been holding.

“I love you too.” Ayoola said.

Jolade held the phone to her ear; listening to Ayoola’s breath on the other side of the room was bliss.

“Do you want us to do something next week? Maybe see a movie? I just want to be with you, I don’t care where we go.”

“How about you come over and I make you watch Breaking Bad with me?”

“Okay, I am looking forward to it. I mean being with you, not the movie.”

This is so sweet; I am reaching for a tissue; Ayoola is a soft human. I am so excited for the next part.

Well before the next part is out, the next part will be the last story of Jolade on Erotics and Whatnot. I know; it is so sad to see her go.

Let me know what you like about this story, what made you blush and what made you giggle. I would love to see them in the comments.

© 2022 Erotics and Whatnot — Powered by WordPress