4 TIPS ABOUT POST NUT CLARITY YOU NEED TO KNOW. 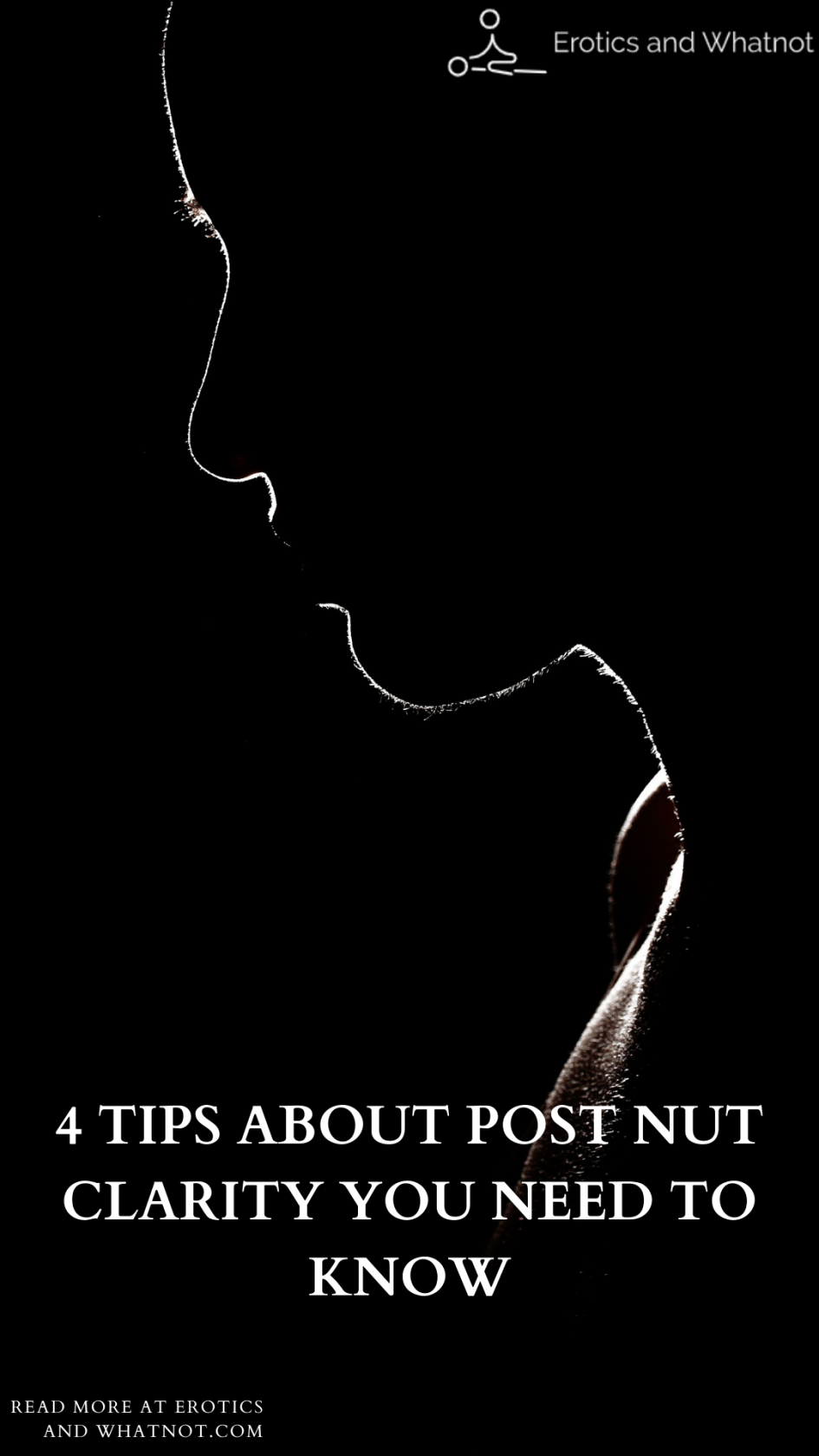 Hello everyone, how is it going? I hope you are having a lovely month so far? I am having a good month so far. Did you read the last erotica posted on the blog? I think you should do that; you can use this link to read it.

Today we are talking about Post Nut Clarity in Men and Women, what it is, what it feels like, and if it’s a myth or not. You also get to hear about some people’s accounts. So without further ado, let’s put on our fancy reading glasses and pop that bottle of wine or water, if you will.

Imagine this: you are done busting that nut or that toe-curling orgasm; you are still gasping for dear life, and you start to feel disgusted for what you have just done. You got your orgasm but at what cost? You are disgusted about giving in to your urges, then you sit quietly in that dark room and think about what you did. Some might have an epiphany at this point.

That feeling you had is called Post Nut Clarity.

So is it good or bad if you experience Post Nut Clarity? Let me know in the comments.

The term Post Nut Clarity was coined by the host of the Call Me Daddy Podcast, Alexandra Cooper and Sofia Franklyn, and it has been in use ever since. No, this term wasn’t known in medieval times. Bruh, it must have been hard; after the Lord busts that nut and he is having disgusting thoughts after, I’m sure they would have found a name for it as the punishment for having sex. Hahaha, medieval times must have been fun.

Post Nut Clarity is caused by the release of hormones after sex or during sex; endorphins are released when a person has sex. When a person is about to attain orgasm, their brain’s thinking and decision-making will be clouded with hormones like dopamine, testosterone, and endorphins. When they finally orgasm, the fog around their brain clears, and they start to think clearer.

Once the orgasm is gone, you are left with your hormones and thoughts.

4 TIPS YOU NEED TO KNOW ABOUT POST NUT CLARITY

Before taking a major decision, you should consider busting that nut.

I have read people’s accounts of how busting a nut helped them have a clear mind to make good decisions. When you are confused about an issue or have an essential decision to make, consider busting that nut; you might have an epiphany and see the situation more straightforward than before. When you are rubbing one-off, or you and your partner are going at it, your brain will focus on the present case.

By the time you are done, your brain would have cleared, the hormones in charge of decision making would have taken over, and you would see both sides of the situation. This method is trusted by many.

Remember I said I would talk about this earlier? Here we are. There is something known as the Refractory Period, “a period immediately following stimulation during which a nerve or muscle is unresponsive to further stimulation.” This is when a person is no longer aroused for sex; men, during their refractory period can’t get hard or have a high sex drive until they are stimulated. The refractory period lasts longer in men; some can even last up to days. But women have a shorter refractory period than men; this is why most women are always ready for another round of sex even though they just finished having sex.

So due to a shorter refractory period, Post Nut Clarity doesn’t hit women that hard because after a short time, our senses kick in, and we are on the lookout for the next orgasm. Why I said women experience Post Nut Clarity to an extent is that women don’t get enough time to reflect if they did something wrong or not, they are just programmed that way.

Yes, not everyone will experience the feeling of shame and guilt after an orgasm or after busting a nut. Some people would read this blog post and be like; this hasn’t happened to me before; that is perfectly fine. Everyone is built differently; you are not weird if you do not experience Post Nut Clarity. Don‘t try to induce it either (That would be weird if you sit and start to feel shame after busting a but simply because you want to and not because your body is making you feel guilt).

From my research, I stumbled upon Come to Mia’s article about a Post Nut Clarity test. The test is to determine if you are into someone, if you want to get a perspective on your post nut clarity, or if you want to relax and have a big decision to make. The test goes thus;

That will be all for Post Nut Clarity in Men and Women; take a moment to reflect after reading this post. After you are done with that, let’s move to a real-life account of Post Nut Clarity.

I got to speak with a guy on my Snapchat, let’s call him Dan; Dan told me how he feels after he busts a nut.

There we have it; Post Nut Clarity in Men and Women. Let me know what you think of the post in the comments. Is there something else you want me to write about? Let me know in the comments; if you are shy, you can head to the Contact Page or send an email @ sameerah@eroticswhatnot.com.

Thank you for reading, see you next time.